True Detective creator Nic Pizzolatto is a fan of the comic book works of Alan Moore and Grant Morrison, saying in an interview with the Louisville Courier-Journal in 2010.

The first time I got excited about writing was reading comic books by Alan Moore and Grant Morrison as a kid. Growing up in southwest Louisiana, in a house without many books, the sophistication and depth of their stories were really mind-blowing for a kid.

GeekRex has a great article about the parallels that can drawn between True Detective and certain comics such as From Hell by alan Moore and The Invisibles by Grant Morrison.

But I think that there are also echoes of the comic book series Sin City by Frank Miller, particularly if we compare the Roark family of Sin City with the Tuttles of True Detective as both are wealthy and powerful families with connections to serial killers and child molesters. Although it is as yet unconfirmed in the show I believe that the Tuttle family are ultimately going to be behind all these horrific events.

Rust Cohle believes that the Reverend Billy Lee Tuttle is involved in the death of Dora Lange and the disappearance of children in Louisiana in some way and that his cousin Eddie Tuttle, Louisiana governor in 1995 and a senator in 2012 is inhibiting the investigation.

In Sin City powerful Cardinal Patrick Henry Roark is sheltering Kevin, a cannibalistic serial killer who preys on the titular city’s prostitutes, and housing him at the Roark family farm. Is Reverend Billy Lee Tuttle playing a similar role to Cardinal Roark and sheltering the true killer of Dora Lange? Or is Tuttle more deeply involved and is himself a participant or even the leader of the group that is preying on children and prostitutes?

In addition to having a well respected senior member of the church in the family the Roarks like the Tuttles have a powerful politician in Senator Roark (I don’t think we ever find out his first name). Senator Eddie Tuttle is yet to make an actual appearance in True Detective but he is said to have been very close to his cousin Billy Lee when younger and is thought to have been trying to use his influence to shut the investigation down.

This maybe as far as the similarities go but there may well be the equivalent in True Detective to the character of Roark Junior, the son of Senator Roark and a sadistic pedophile with the hobby of raping and murdering pre-pubescent girls. There is definitely someone abducting children to rape and kill in True Detective.

Not one but two teaser trailers for Man of Steel have been released, essentially the same trailer with different voice-overs. From the look of the trailers the movie feels more like Terence Malick’s Man of Steel than a Zack Snyder film. Nice use of The Bridge Of Khazad Dum from the score to The Fellowship of the Ring and I love the visual of him breaking through the sound barrier.

Emily Carroll has yet another beautifully creepy web comic for Halloween. Margot’s room

Last year’s His face all red 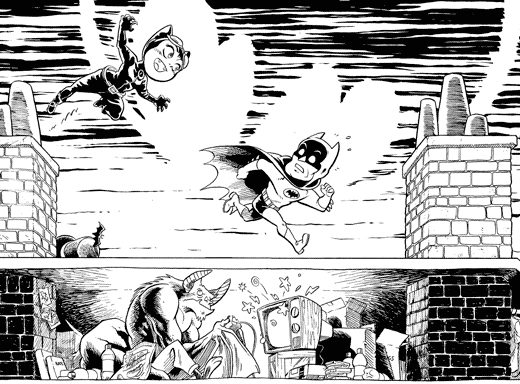 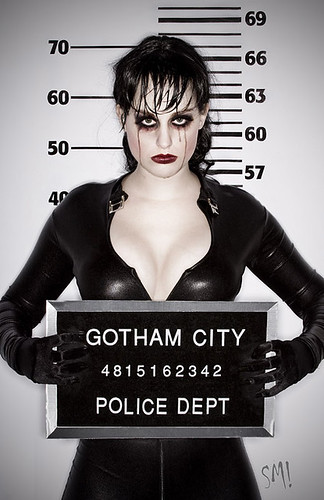 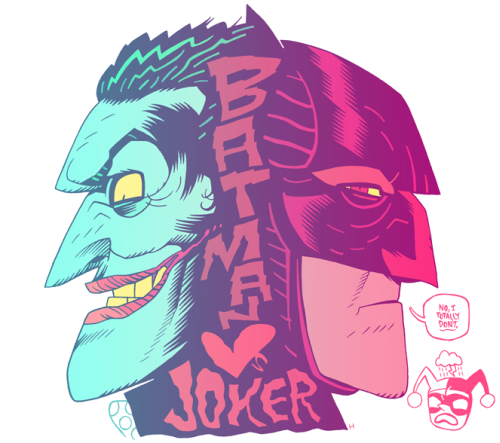 I love this picture by Dan Hipp. 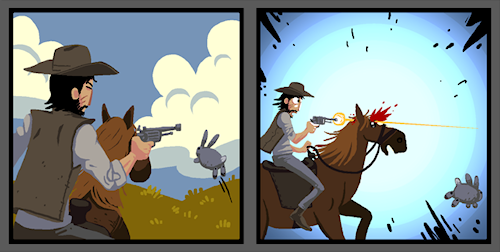 A spooky web comic tale for Halloween “His Face All Red,”[via]

THE WALKING DEAD “Opening Titles” from Daniel Kanemoto on Vimeo.

Daniel M. Kanemoto a fan of “The Walking Dead” comic book series has created an animated opening titles sequence for the upcoming television series. Using as a source the original comic book artwork by Charlie Adlard & Tony Moore he has produced a piece of work that rivals the best of that produced by professionals.

I cannot wait for the series to start and look forward to seeing the real opening titles and how they compare to this.