Amongst the swathe of unfunny April’s Fools jokes from corporations yesterday was a pretty detailed and humorous one (well at least for computer geeks like me) from Microsoft. 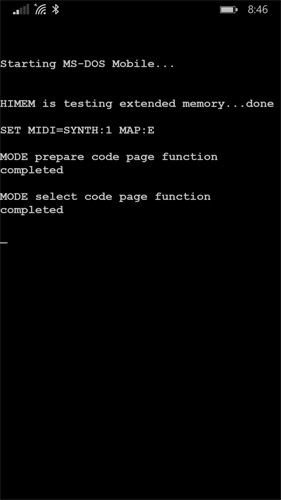 The blurb on Lumia Conversations about the release of this app brought a smile to my face.

Daniel Glass who led design on the project, said:

“Turning our back on graphics was hugely liberating. We’ve dropped the resolution, and in doing so re-discovered our roots.”

“The inspiration for the graphical design is Courier New meets film noir.”

A lot of work has gone into this app, you can browse the directory structure, launch apps, play a game of Rock, Paper, Scissors against Cortana and there’s even a camera app offering fantastic low resolution modes. 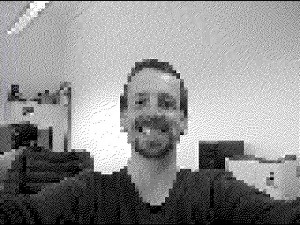 RT @MicrosoftShow: Why Microsoft’s cloud matters: Hint the reason begins with “A” but it ain’t Azure – GigaOM dlvr.it/3YbYNF

There will not be any backward compatibility for the Xbox 360 on the Xbox One. Unusual position for Microsoft as typically they are all about the compatibility with older versions of their products. However in this case it makes sense as the hardware is significantly different between the two systems.

But I do have a thought about this. Given that the Xbox One is running three operating systems could the hypervisor in the new console run an emulated version of the Xbox 360 operating system?

It would not be a simple task to accomplish this but I believe it is within the realm of possibility. Even back in 2011 people were talking about creating an Xbox 360 emulator on a PC, and there is apparently now a working Xbox 360 emulator available for both PC and Mac.

As part of setting up the new office for my company I needed to set up a server to act as a RODC in what would effectively be a branch office until the rest of the company moved in sometime later.

I had previously downloaded a trial version of Server 2012 but after a failed attempt to install it as a VM on VmWare’s ESXi 4.1 I didn’t do much more with it lacking the resources and time. I have since found a method that would enable it, also for Windows 8 which could be useful for our developers who may need to be coding applications for Windows 8 and need test environments.

Installation on our new Dell R620 could have been easier, but this was not the fault of Windows at all. The server arrived sometime yesterday and without a disc so I’d assumed that the OS had come pre-installed. It had not, which caused a little panic. But once I actually received the Windows Server 2012 disc from our suppliers and then pre-configured the server for the OS (which was somewhat straightforward but didn’t work as it should in my opinion) it was very quick and straightforward to install Server 2012.

My experiences were pretty much as described here
http://workinghardinit.wordpress.com/2012/08/24/how-to-deploy-windows-server-2012-on-dell-uefi-nownotes-from-the-field/

Watch Alex Clare’s music video for “Too Close” – the song featured in the Internet Explorer (the browser you loved to hate) TV commercial.

It is pretty damn cool.

Having joined the Windows Server 2012 Early Experts study group I felt that I needed some real hands on experience with the new operating system. Having neither the time nor the spare resources at work to set up a new server I followed Keith Mayer’s advice to leverage the three month free trial for Windows Azure to build a Windows Server 2012 VM. Download Keith’s guide here.

Not only do I now get a chance to test the new features of Server 2012 but also gain an understanding of the Windows Azure platform and how it might be utilised to create a hybrid cloud infrastructure.

‘Halo 4’ multiplayer lets you play as the Flood http://t.co/kVaFvZfT via @verge

Microsoft’s Ben Rudolph gives us the first look of the Nokia phones that will be launched with Windows Phone 8.

All in all, I’m seriously impressed with the new Lumias, both inside and out. Design-wise, they’re a nice evolution of the iconic design that Nokia introduced in the Lumia 800 and Lumia 900 – solid, ergonomic, and comfortable. And inside, they’ve added technology like PureView and PureMotion HD+ that offer up real, tangible benefits like smoother, faster, more responsive navigation and professional grade photos. Combined with the power of Windows Phone 8, they’re really something special.

Microsoft sticks to its guns, keeps Do Not Track on by default in IE10 | Ars Technica http://t.co/9Fcvk7cR